It was so early when we woke up this morning. The sun was shining and we pulled away a good hour earlier than our usual. Everything was perfect about today! It was hard to know where to look or to try to take it all in as we drove along. Everything was so beautiful and around every curve in the road was a new amazing sight to take in. We stopped so many times along the way. There were really funky looking islands that had high cliffs but were completely flat on top with green grass growing only on the top. It looked like the perfect golfing green. There were tiny villages is the coves with small little houses painted in all different colours and always a big church by the water. The mini Appalachians were the background to everything well almost everything, the gulf of St. Lawrence was on one side and spread out as far as you could see. Michael kept thinking it was the ocean. After several stops to take pictures of lighthouses and islands and mountains and pretty little towns we made it to the end of the Gaspe peninsula and stopped at Forillon National Park. Wait, I'm forgetting stuff already! The drive had tighter hairpin turns than the Cabot trail and at times I was hanging on to the poles on the bus telling Michael to go slow (even though he already had the bus in the lowest gear). The mountains were amazing and it was really windy. Michael pointed out a waterfall high on one of the mountains except that it didn't look like a waterfall at all! It looked like smoke coming out of a chimney! He was right though it was a waterfall and the wind was blowing all of the water up into the sky! I couldn't believe it! Anyway, we arrived at the park and took the dogs down to the beach. There was a really nice boardwalk but we could explore more on the sandy shore. The shoreline was covered in driftwood of all shapes and of course crab shells, clam shells and lots of seaweed. The dogs loved it! After our walk we drove further into the park and found tons of porquipines! Never together but we probably saw six within minutes of one another. Most were eating the clover but one was high up in a tree looking precariously like he was about to fall. I'm glad the dogs were in the bus! There are so many good hiking trails here! This is another place we will definitely come back to explore! We continued around the peninsula stopping often to take pictures or get a closer view of something. The day just flew by and soon we were looking for a place to park for the night. We found another village park! This one has little decks that you pull right up to so tonight it looks like we have a deck overlooking water attached to the bus! Good night from a beautiful spot along Gaspe peninsula! 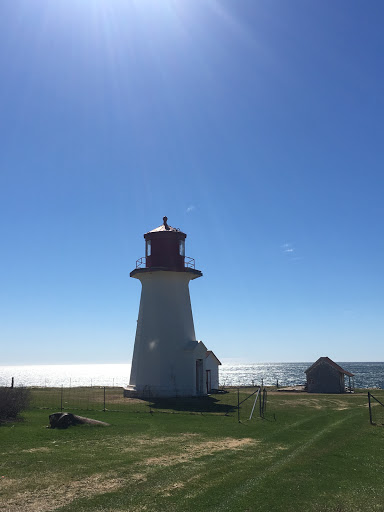 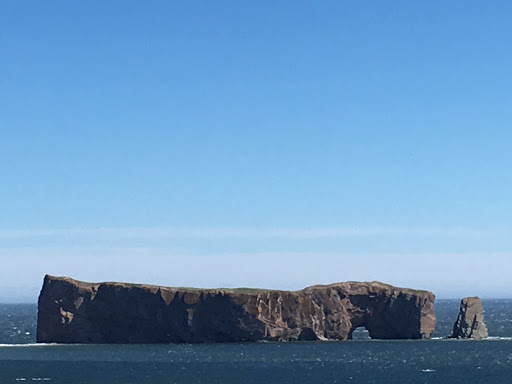 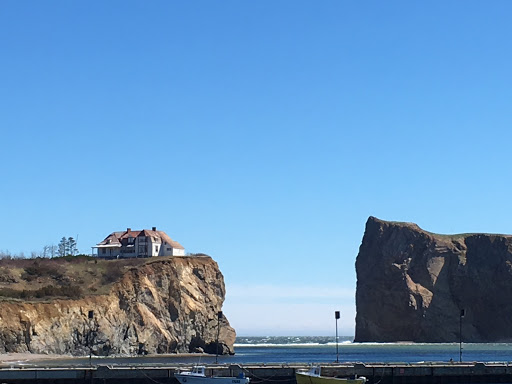