Since we were in town this morning I had the chance to get a few more chores done before we headed back towards New Brunswick. At Pictou we got off the big highway and started following the coastline again. It's so much more enjoyable and we get to see how the locals really live. We made a few stops along the way, once at a French bakery for cinnamon rolls and once at a park with an amazing view to stretch our legs. What we really wanted was to stop driving so much. There was a national park up ahead and we couldn't get there fast enough. It was a relief when we pulled into a trailhead at Kouchibouguac National Park. Soon a local fisherman arrived and Michael ended up fishing with him for a bit while I set up the bed and had a nap. While Michael was out making friends he learned about the place. The Canadian government had forced the the families out paying them minimally for their land. 250 families (about 1200 people) were displaced and to make it worse they were forced to give up their fishing rights as well. Even though decades have passed it obviously still bothers the locals here now. Everyone we spoke to while we were here told us about one individual "Jackie Vautour" whose home was bulldozed even though he never accepted the payout. He is in his 80's now but rumour has it that he never left the park and is in a trailer somewhere on the property. Its sad to think that our country who has been a refuge to so many would treat its own this way. When Michael came back we took the dogs for a walk on the loop trail. There were lots of downed trees and trees that were almost sideways from an ice storm this past winter but the rest of the trail was nice! There were boardwalk sections that went over the marshy areas and there were grassy areas with gigantic ant hills. We were surprised when a section of the trail was closed due to poison ivy. Really! How bad could it be? Anyway, back at the bus Michael went fishing (and making a new friend) one last time before giving up for the night. We drove up the road to find a more secluded spot (this spot was too close to the road even though I bet it would have been quiet) and found a big dock at the end of a deserted road. We weren't sure if it was private property or part of the park and I had just finished saying "I think we should turn around" when out nowhere a guy was next to the driver side window. He startled me but he asked if we could boost his car. We hadn't even noticed his car but sure enough it was there. While Michael helped give him a boost he found out as much about the place as he could. The locals said the dock belonged to National Fisheries and we could stay here without being harassed. They also warned us not to venture too far into the woods as there is a momma bear with tiny bear cubs that was seen right on the dock the other day. We found an amazing spot to park with water on three sides of us, the woods on the fourth and hope of getting some excellent wildlife pictures! It doesn't get much better than this! As I sit here now I can here frogs, birds and who knows how many other creatures out there right now. I love it! 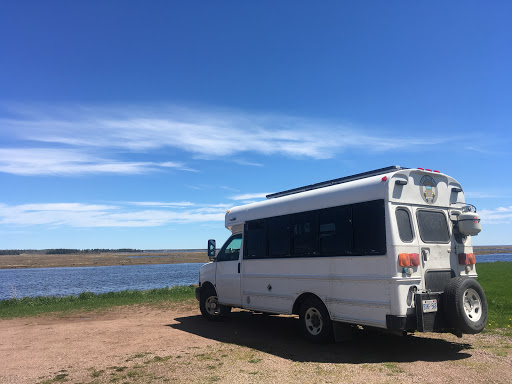 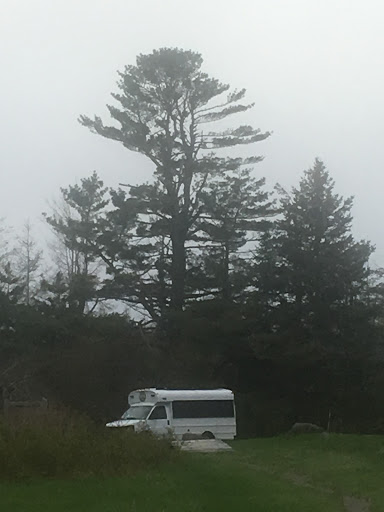