We parked in Quebec and walked over to Ontario to find the La Machine characters somewhere in Byward Market. Michael and I got separated in the crowds but I made it to the prearranged spot we were to meet Becca. In the meantime I had found both characters in the market, they were about a block away from each other and took the opportunity to take a few pictures. As the minutes leading up to the performance ticked by the streets filled up with people wanting to catch a glimpse of the creatures. It was a little overwhelming as I had Melkie with me and Becca's friend Lisa was in a wheelchair. The crowds made it hard to move anywhere and we decided to move down the street farther from the spider. We ended up watching as the giant dragon circled around the block passing us twice! We saw him a third time and yet we saw no spider. We walked back to where the spider started from but he was gone! Later that night we went back to try to see them again. This time we found a spot to sit in front of parliament on the hill overlooking the street. Again the dragon passed us but not the spider. We tried moving through the crowds to get closer to where the spider was located but with two dogs it was just too crowded.we turned around in defeat and headed back to the bus which was now parked near Becca's apartment. Even though we didn't get to see it all, we still had a good day and we still have a chance to see the spider in action tomorrow. Good night World! 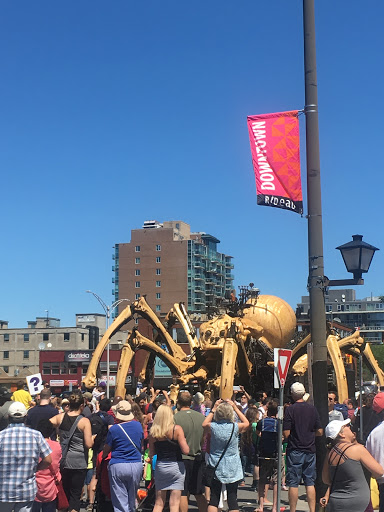 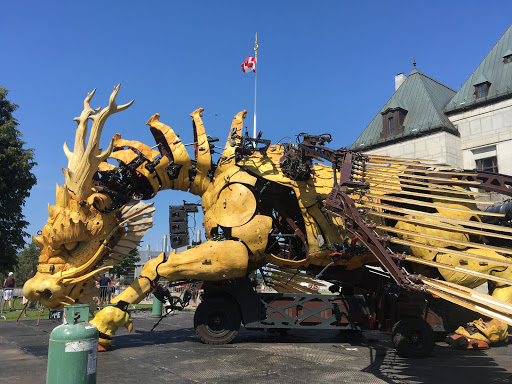 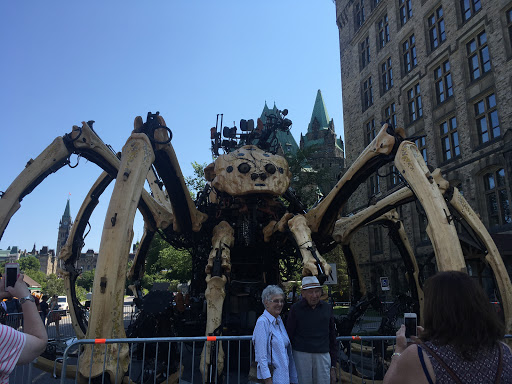 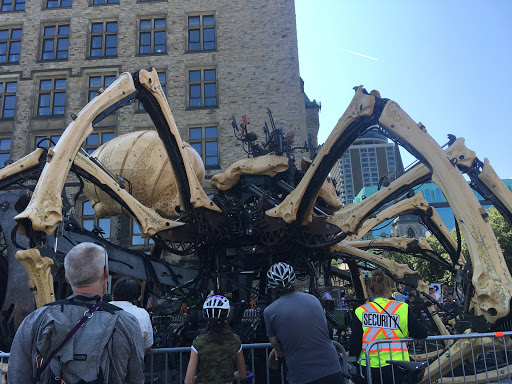