Today we decided to go for a day hike and check out Genoa Bay. It’s only about 10km away but we haven’t gone in that direction yet. I think Michael was a little bit skeptical about walking rather than driving because from here it looks like a pretty steep hill we would have to climb over but I just figured we could always turn around if it was too much effort. Anyway, it turned out to be a really nice walk down a barely used road that followed the the water for the most part but detoured along the bottom of some amazing cliffs. We weren’t actually following the waters edge but we could see water for most of the trip. The few times that we couldn’t were filled with views of giant moss covered cedars and rocks. The entire trip was so relaxing and we ended up at this tiny bay that had a really nice seafood restaurant on the docks. I only went in to get coffees as Michael was stuck waiting outside with the dogs but the host was really helpful and suggested a few more trails nearby for another hike. On our way back On our way back we noticed all the floating houses along the way. They even had tiny frond yards and a sidewalk. I wonder what it would be like living in a floating house? We got back just as it was starting to get dark - perfect timing! 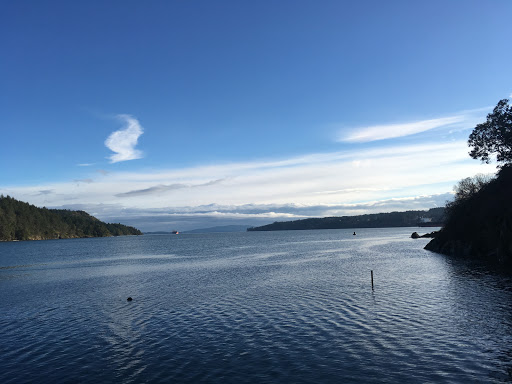 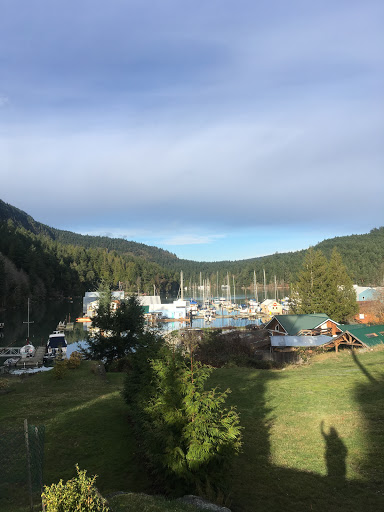 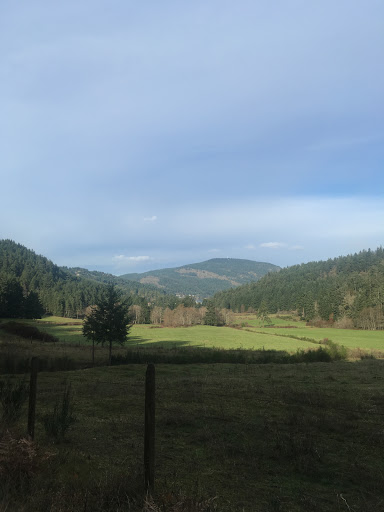