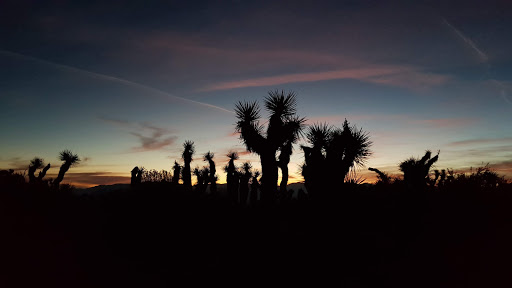 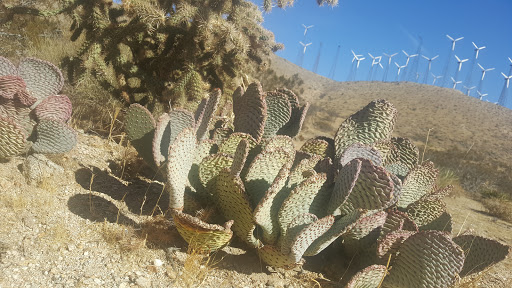 This is my last and most dreaded section on the PCT. I was thankful it was at the end because I am sure if it was first I would have quit (another reason I am glad I hiked southbound). Even though I was dreading this section I couldn't help look forward to the lower elevation (and warmer temperatures) as I entered. The hike into Kennedy Meadows South was enough to let me know that this would not be my favourite part of the hike. As the terrain changed from majestic mountains and pristine lakes to brown hills and sparse, prickly shrubs the sun became more intense and made my head feel hot even when the wind was cold. Sure the elevation gain was less but it felt like I was looking at the same scene over and over again. The monotony got to me. The trail wound in and around every nook and cranny of the same valley over and over and over again.  Mentally the hike was hard and physically my body was exhausted. I was still feeling light headed and dizzy every time I stood up and I was likely malnourished but I only had seven hundred miles left. "I can do this for a little longer"I told myself repeatedly throughout the last seven hundred miles. 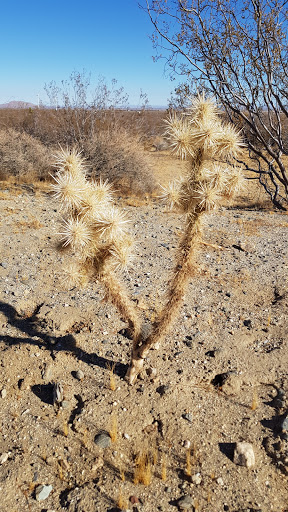 I don't want anyone to get the impression that it was all horrible. I saw more animals in the desert than in any other section. Condors, lizards, coyote, deer, bunnies, mice, a tarantula and a mountain lion who hissed at me when I got too close to its den at night. There were absolutely gorgeous sunsets and the night sky was amazing. The Joshua trees and the many types of cacti made the brown sandy background a little more interesting. 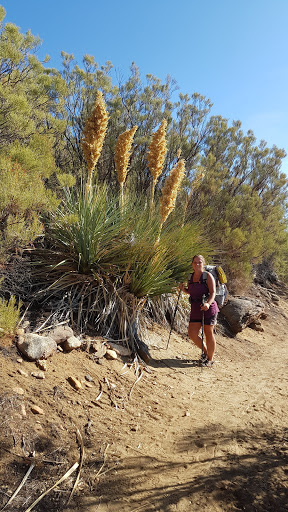 The redeeming factor in the desert was the people I met and the trail angels who helped me!  I never had to carry more than three litres of water in the desert because so many kind people left water caches every twenty miles or so. This on its own is huge! Some northbound hikers said they had carried up to eight litres at a time through this section. I can't even imagine what it would be like to have to carry all that extra weight especially in the state I was in at that point. Thank you to anyone who leaves water caches along trails for hikers! 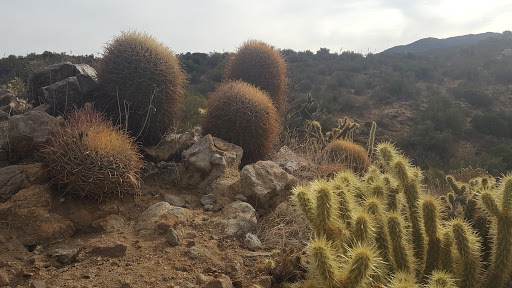 While it was harder to get a hitch to town in this section, some kind soul would eventually stop and offer us not only a ride but offer to drive us around town to get groceries or find a hotel. Several times here I was told "God told me to turn around and pick you up." Every single town here was filled with people more than willing to help a hiker! 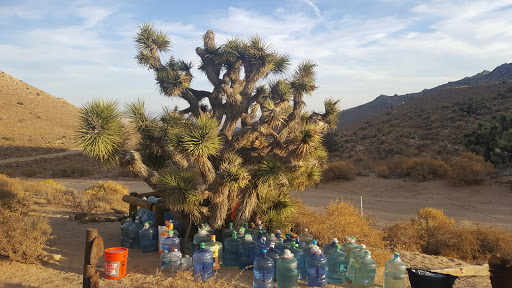 By this point in the hike I had already purchased my return airfare home and was in a bit of a hurry to stay on track and finish in time. Because of this I missed out on a chance to stay at Casa de Luna (the Anderson's). They host and feed hikers and I would have loved to take a break. Online I had posted a picture at the five hundred miles to go sign and so when I didn't arrive Terri Anderson sent me a message on fb making sure I was okay and giving me a personal invitation. Of course I was already past her house and kicking myself for not stopping in. As I walked into the next town an older gentleman called over to me from a restaurant patio offering to buy me breakfast. I definitely took him up on that but then skipped Hiker Haven run by another famous trail angel family who hosts up to fifty hikers at a time.  I realize that if I had taken the extra time with these trail angels it may have completely changed my perspective of this section. 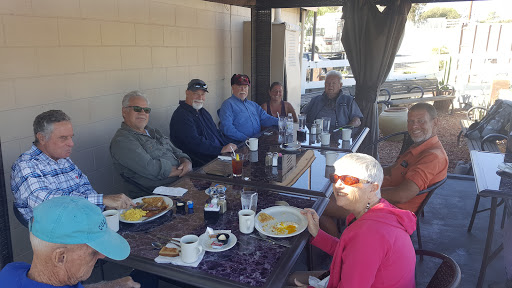 Still I feel blessed. It was in Julian that my big trail magic story happened. We hitched into town on a cold and windy day. All of the hotels were way overpriced and we were deciding to just head back to the trail. As we walked back through town we noticed people gathering near Mom's Pies. This place was known to give thruhikers a free piece of pie so of course we got as close to the door as possible. When they opened to sell pies from the door they saw us and invited us in to get warm and enjoy a free pie! We were so excited and thankful for the warm place to sit, recharge our phones and enjoy the pie. But it got better! They invited us home for thanksgiving dinner and said we could set up on thier property! This family is awesome! It turns out that this wasn't the first time strangers had been invited to a big family meal. Thank you so much for your hospitality it came at just the right time for me! 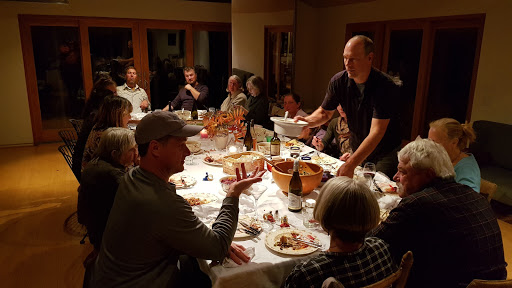 Every town stop seemed like a reprieve for me close to the end and every little kindness no matter how small seemed huge!  In Warner Springs the community had set up an area for hikers with outdoor bucket showers, laundry and an area to set up camp. It sounds simple but it was so nice to be able to get clean and wash out my hiking clothes. We didn't stay though as Eagle Rock was only a few miles from there and I really wanted to camp beneath the eagle. 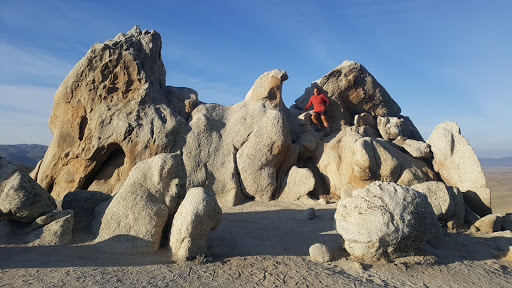 The closer I got to the Mexican border the more excited I became to finish. I started hiking out from camp earlier in the morning leaving Rogue on his own to pack up. He was still faster than me so he usually caught up within an hour and was soon ahead of me for the rest of the day. The last days on the trail seemed to fly by and the miles came easy. On the very last day we had planned on just getting to Campo (the last town on the trail) and then hiking the last mile to the border the next day. But when we arrived in Campo we were excited to be so close to the end. After a short break spent stuffing our faces with chips and root beer we were soon racing through the very last mile of the PCT. I was happy to touch the monument and gloat to the border patrol agents that we had hiked the entire trail when they drove up to check us out. It wasn't until we started hiking back towards Campo to find a spot to set up on the trail one last time that I realized I made it! I thruhiked the Pacific Crest Trail!