Moncton and a New Province!

Last night I set the alarm because we had parked somewhere questionable. It was entirely unnecessary as I woke up a good hour earlier than I needed to and even contemplated a walk in the pines before Michael woke up but decided against it and updated my blog and started the coffee ritual instead. We pulled out just as the first cars were arriving and soon we were on our way to Moncton. We had a few chores to do one of them was a tiny leak in our gas line and we wanted it fixed before it potentially left us stranded somewhere. Remember this is our home so any lengthy repair could be a big problem for us especially with two big dogs. I was worried that we wouldn't be able to find anyone who could fix it right away and in the back of my mind had thought maybe if we can at least buy the part we need so that if there is a problem we won't be delayed too much in the next town. After a few calls we were recommended to a place called Multi Radiator Services. As soon as we arrived I knew we had come to the right place! The mechanic who came out to look at the bus had three golden retrievers! I quickly packed up my backpack with snacks and a picnic lunch and soon we were walking away from the bus and looking for somewhere other than the side of the road to take the dogs. We headed in the direction of the most trees and came across an awesome set of intertwining trails! It was called Irishtown Nature Park and had one main wide trail that had smaller woodchip covered trails that headed off in different directions. We took the main trail to the end and and then took the last trail back through the woods, alongside a lake before it returned to the main trail. It was a great find! The mosquitoes were out in full force though and they kept us moving. We were happy for the wind as we were crossing the lake at a bridge on our way back and decided to stop there for a snack. We were on our way back when I got a call saying the bus was ready. How perfect was that! It was even sweeter when the bill was less than I imagined and within minutes of being back in the bus it started raining. Perfect timing! Thank you to the staff at Multi Radiator Services! For awhile now I had been telling Michael about this place in New Brunswick called Magnetic Hill (and I don't think he believed me) but today was Magnetic Hill day. It was funny to watch Michaels reaction to the bus rolling up the hill in neutral! We actually did it three times backwards and forwards. As we drove away he was still trying to figure it out! Looking at the map I clued in to just how close we were to Confederation Bridge (the big bridge built in the 90's that connects Prince Edward Island with New Brunswick) and decided that we should go there next! Michael needed a break from driving so I took over and soon we were on the 12km bridge to PEI. Even though the sky was grey and it was pouring rain it was still exciting to be in a new province! We stopped for a coffee break, to gas up and to switch drivers and then we were off again. It was raining so hard we decided to find a place to stop for the night. We found a rec centre sign and followed it to a parking lot that was jam packed. We couldn't believe it, even in the pouring rain there were at least four soccer fields full of kids playing soccer! We parked by the coolest wooden playground it was called Elliot River Dream Park, it was built to look like a kid sized castle. Anyway, we stopped and had dinner but the soccer players played on and we wanted more privacy than that so we continued on to Charlottetown and and found a decent place to park. Good night world! 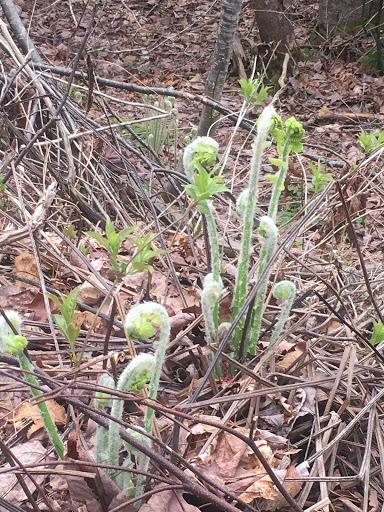