Spreading “Serendipity” Across the Country 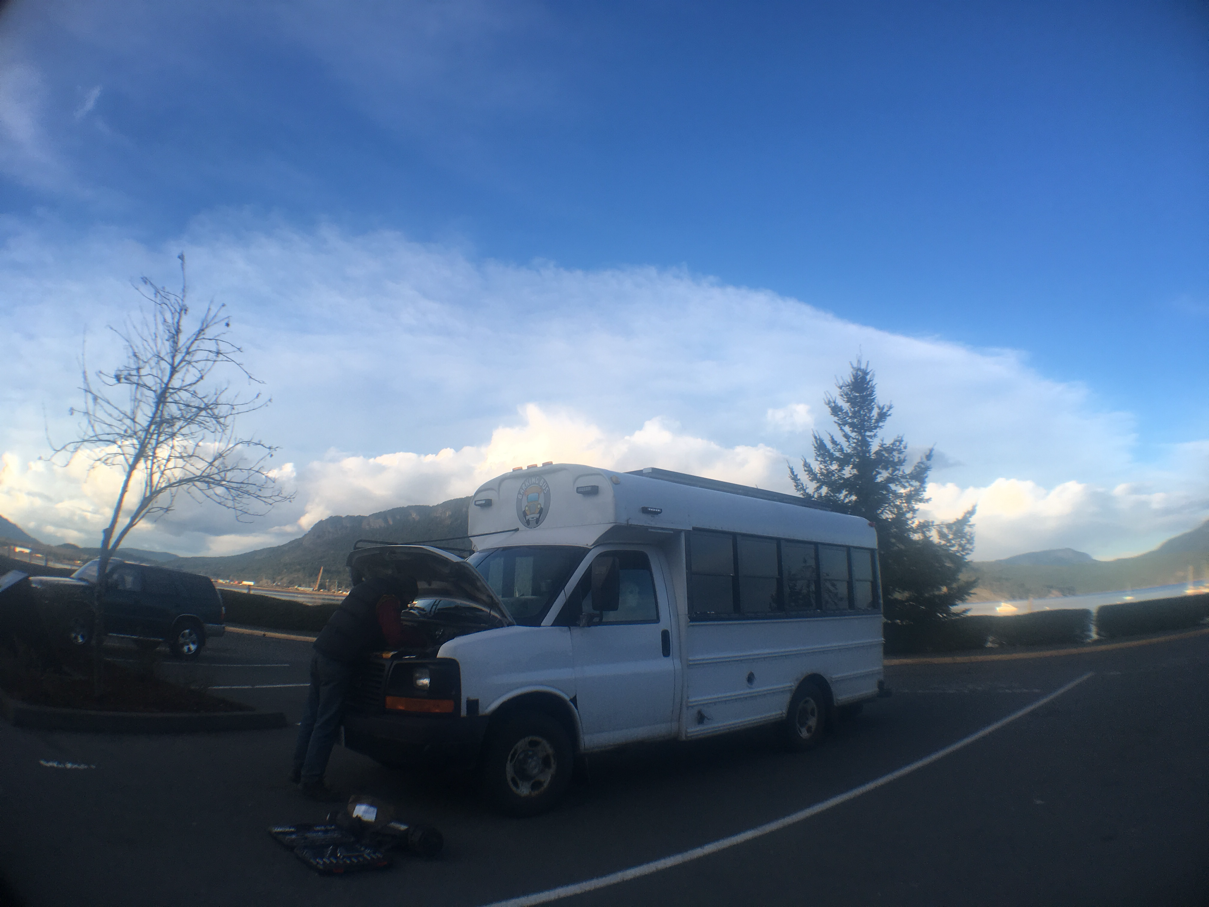 We spent a gorgeous day just taking it easy parking the bus at a nice little spot we found with an amazing view of a few mountains and a field of swans in front of us. We stayed there long enough to make a big breakfast before deciding to head to a trail somewhere. We ended up settling for a hike along an abandoned railway with the bus safely parked in a Walmart parking lot. The rail trail was really nice. Someone had spent a lot of time building little cairns along the way and the dogs had a great time flushing out the birds whenever we gave them a chance. After about 5km we turned around and hiked back only to drive to another scenic spot by the water. As the sun was setting we decided to head back to Maple Bay but after driving for less than two minutes we heard a strange sound coming from under the hood and pulled over to investigate. It was the serpentine belt that I until recently had honestly believed was called a serendipity belt because that’s what Michael has always called it. The belt was just badly frayed not broken so we drove back to the parking lot we had just came from and dug out a new replacement belt that we have carried across the country. We tried to get that new belt on but it was obviously too small and resorted to pulling off the frayed layers of the old belt and putting it back on. That old original belt that we had tried to replace so many times has crossed the country. We tried replacing it at a few different spots (somewhere in Algonquin Park and again in Quebec) but any new belt we put on either broke within days or made sounds that made us nervous and we always resorted to putting the old belt back on. We probably should have headed straight to town to try to replace it but instead waited until the next afternoon to tackle it again. This time we purchased the next size up which was an eighth of an inch bigger. If we were smart we would have attempted to fix it right there in the Canadian Tire parking lot but instead we drove back to Maple Bay only to discover that this belt was also too small. One last trip and we finally had the right sized belt (several sizes bigger than what was recommended) and again our old (now much narrower) belt is back in our emergency parts container. There are pieces of that belt all across Canada.
Posted by Unknown at 4:17 PM