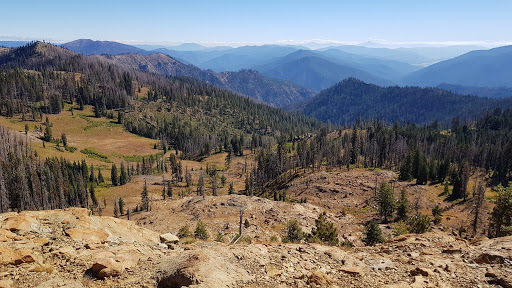 The excitement built as we approached the California border. The landscape was changing from dense coniferous forests to open grassy areas with sparse tall pines. At the actual border we dropped our packs and I piggy backed Rogue across into California joking that now he needed to carry me all the way to Mexico! 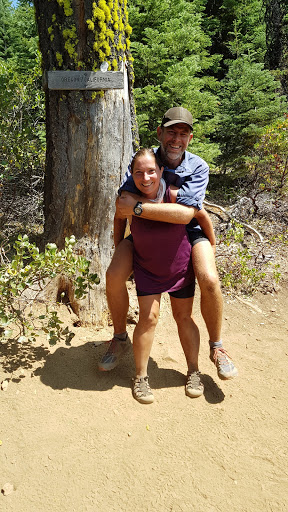 We waited for So Good just behind us and congratulated her on her achievement. Then it was on into California! 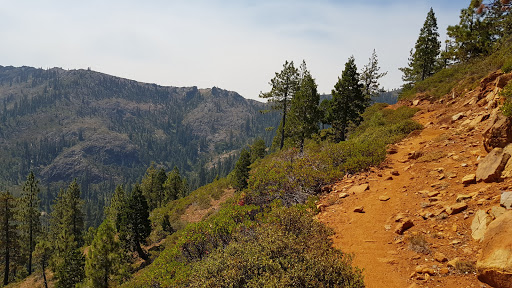 The scenery changed almost instantly. Now we were hiking on red dirt mountains that looked almost bare and suddenly there were little lizards everywhere. It was so beautiful! I often felt like I was hiking through the setting of an old western movie. The trail seemed to change as well. Instead of hiking in one direction for most of the day we were now snaking around each mountain and would spend hours in each area getting to see each nook and cranny of the mountains. The trees got taller and bigger and there were several different types of pine, cedar and fir that I couldn't name but loved instantly. 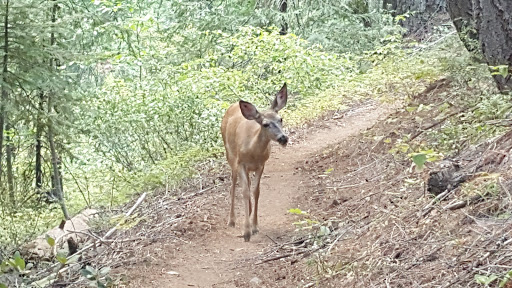 It was here that a deer chose to follow me for over a mile. Cautiously at first but soon close behind me.

Sadly this is where we lost most of our trail family. Most of the hikers we had been hiking around in Washington and Oregon were racing on ahead while we seemed to be slowing down. At first it seemed appropriate to be hiking in such a desolate place alone but as the days of solitude turned into weeks I began to look for other hikers at every town stop hoping someone else was out there with us. 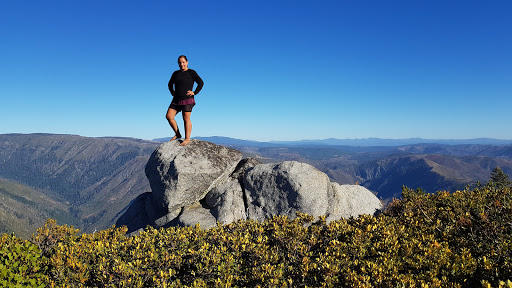 The towns here seem to be very, very different. The first town was a bit of a shock in that it was a tiny, run down looking little hamlet but the people were so friendly! The restaurant owner had made an area outside for hikers on her property with a picnic table, washrooms and outlets that we could use even if her business was closed. There was a town event happening the evening we were there and we were invited by almost every local we talked to. Leaving Seiad Valley we encountered the longest road walk we have had so far in order to cross the Klamath River safely. Along that road walk we passed the thousand mile mark and then had nineteen miles of up to hike. I dreaded it but that hike up out of the valley was so enjoyable that now whenever I look at the map and see a huge up in front of me I hope that it is just like that hike up out of Seiad Valley. The next town was pretty and quaint. It was still a tiny, rural town but there was definitely more money here. The people were so friendly here! We loved Etna. Then came Mount Shasta which was huge by contrast with those first few towns. Generally bigger towns mean more amenities but less help getting to and from the trail but not here! A local picked us up and then offered his number telling us to call him if we needed anything including a ride around the first and only fire closure we experienced. 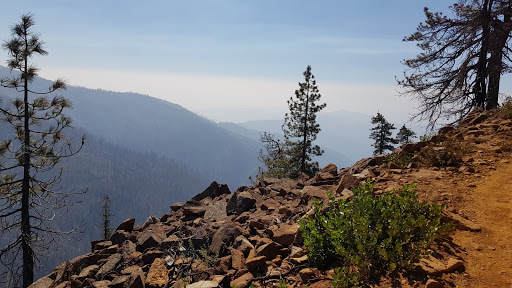 I won't mention each town stop but as the miles added up these towns were my only opportunity to talk to other people (and we all know how much I like to talk). I was starting to feel isolated from everyone on the trail and worried that we had slowed down too much to safely hike through the High Sierras. On the other hand it felt so good to slow down and find the most epic  spot  to cowboy camp each night plus it's hard to say no to an extra town day! 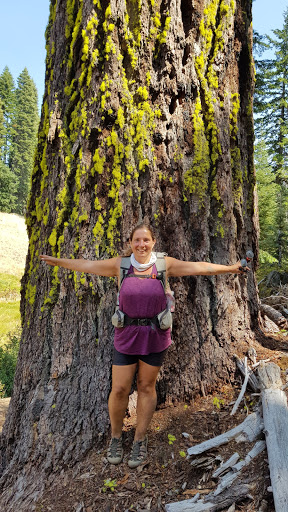 By the end of Northern California the nights were starting to get colder and although most of my gear has held up well it became obvious that my sleeping bag wasn't warm enough. I added new wool layers and hoped it would be enough. Northern California surprised me with its beauty  and diversity and was a great introduction to the California. I am excited for what will come next!