Day 8 Switzerland
We woke up to another feast for breakfast (thank you Tina) but then it was time to go. Tina and Mario have been amazing hosts and its too bad they couldn't joint us in Spain because hiking with them would be a lot of fun. After our goodbyes we headed towards Ludwigsburg. We were hoping to walk around the grounds of the palace there. The palace was impressive and the grounds looked amazing but the weather didn't co-operate and it didn't make any sense to pay to walk around in the pouring rain. So instead we drove to Switzerland! I think we were all just a bit disappointed when we crossed the border and weren't immediately in the Swiss Alps. We were also surprised by how expensive everything suddenly became. As soon as we crossed the border we needed to buy a sticker for the rental car that allows us to drive on highways. Oh and the gas prices skyrocketed. Later we would find toilets that cost 2 francs per use! As we drove into Bruttisellen (a small town just outside of Zurich) the roads became a nightmare. We are so used to a grid system that when we missed a turn we thought we could just take the next road and loop back around. Nope! There seems to be no rhyme or reason to these roads. After a bit of frustration we made it to our new Arbnb home. The place seems nice and has a cute balcony overlooking the street. We were so hungry when we got here but all of the restaurants close here around 2 and re-open at 5:30. Keith saved the day with his leftovers which held us over till we could go out to eat. In the meantime Dina had googled all of the local restaurants discovering how much more it cost to eat out in Switzerland. She did find a Texas Steakhouse with a cheap takeout menu. We ended up ordering a family combo with 4 burgers, 4 fries, 4 drinks and a salad. I was amazed at how big the burgers were and it only cost 43 Francs making it the cheapest meal so far. It was a bit of a nightmare getting to the restaurant and back again, I felt bad for Keith having to drive.  Back at the apartment, Michel has already met a few of the neighbours here and everyone seems friendly. He has also checked out the bakery, the butcher and the grocery store all just down the street. Although many people do speak English here everyone has understood Michael's German. 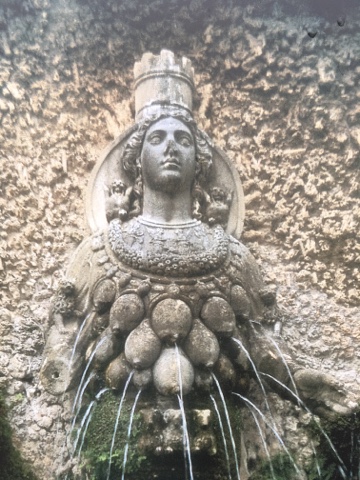