We ran a few errands this morning with Rebecca before dropping her of and heading to Mooney's Bay Park and Hog's Back Falls. We walked through the park along the beach first before heading over to the falls. The park is awesome! I'm not a city person at all but this place has the perfect mix of natural features (the falls, the bay, a marshy area) mixed in stuff like the Terry Fox Stadium, multiple playgrounds, a few beachfront food venues made to look like tiki bars all surrounded by a cityscape of buildings including some cool looking churches. I realize that the bay is man made and not natural but it was nice and made for a great afternoon. There were several walking paths along both sides of the falls as throughout the park and by the time we got back to the bus we were hot and exhausted. There were perfect hammock hanging trees in sight of the bus but when I mentioned it Michael thought I was joking. We ended up driving along Island drive and across the Ottawa River back to Quebec and after gas and grocery stops headed back to Gatineau National Park. Even though we were only minutes away it took us forever to get there because I was navigating from my phone (that didn't show the park roads) rather than the paper map I have neatly tucked away in a drawer. It was like a mini adventure except that the longer it took and the crappier the road surface the more frustrated Michael became. Oops! By the time we got here I think we were both frustrated, it was almost dark and we still needed to take the dogs out. We did it though and managed to be back at the bus before it was too dark. It is so gorgeous here that we decided to stay! 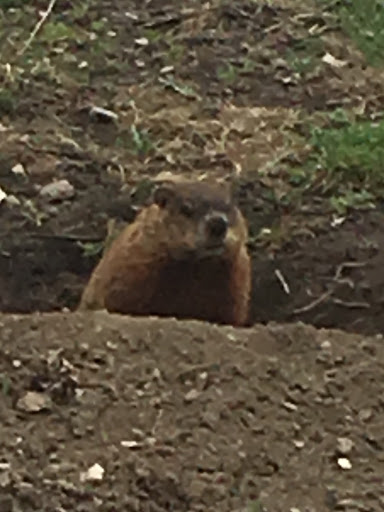