For years Michael has talked about this place he wants to take me called Victoria Falls. He was there in the early 80's and described the place as beautiful but really remote and hard to get to. He has always mentioned having to park and hike in. Well today we decided to check it out! He couldn't quite remember exactly where it was so we took out the map and noticed that Queen Elizabeth 2 Wildlands Provincial Park looked like it was in the area. We headed towards the park and when we drove into Sebright Michael stopped and asked at a corner store. Turns out he remembered correctly and soon we were on our way to the falls. The road we were told to take went from pavement to gravel to dirt and then at some points we were driving on giant rocks. It seemed to get more narrow as we drove deeper into the woods. For awhile we followed alongside a red looking river and passed several swampy looking lakes. It was a beautiful drive and reminded me of hiking the hundred mile wilderness in Maine. We drove in and out of the Provincial Park several times as the road skirted the park boundaries. At one point I thought we were going to have to give up and turn around because the road just kept getting worse. Actually there wasn't even room to turn around we would have had to back up carefully for quite a while if we needed to go back! We made it with no problems and parked the bus on the road in front of a bridge that had a 3 tonne weight limit. We made it to Victoria Falls! All the way with the bus, no hiking required. On our way here we had noticed the swarms of deer flies and slathered ourselves in horrible bad for the environment bug spray before venturing out with the dogs. We went for a short walk before retreating from the biting beasts back on the bus. We quickly put the screens in the windows and killed anything that had flown in. The bugs were so bad that Michael was having second thoughts about the place but I love it! No matter where we stay we would be spending the rest of the evening on the bus anyway so why not stay here where we can hear the water rushing over the rocks and smell the pines! We found a perfect spot to park for the night on the other side of the bridge and decided to drive our 5 tonne bus over the 3 tonne bridge. The bridge and the bus both survived and we have the perfect spot for the night! Good night World! 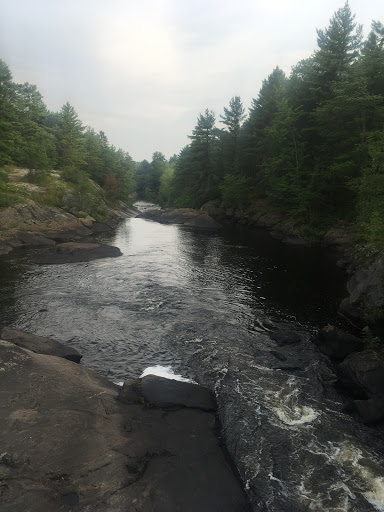 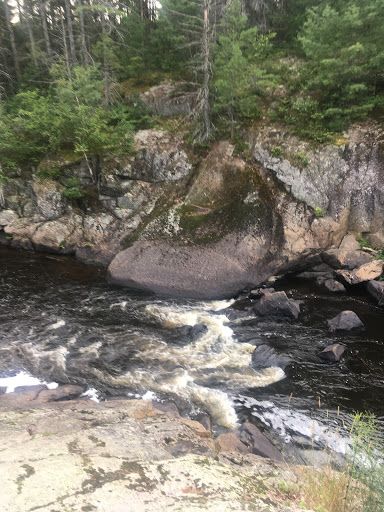 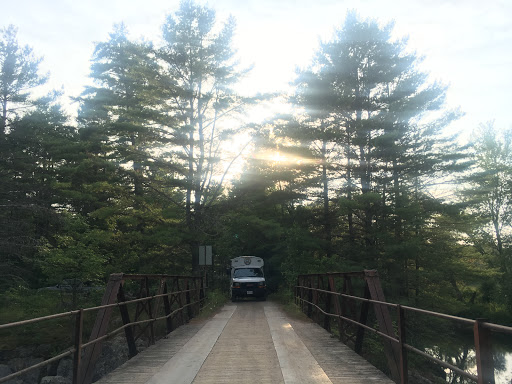 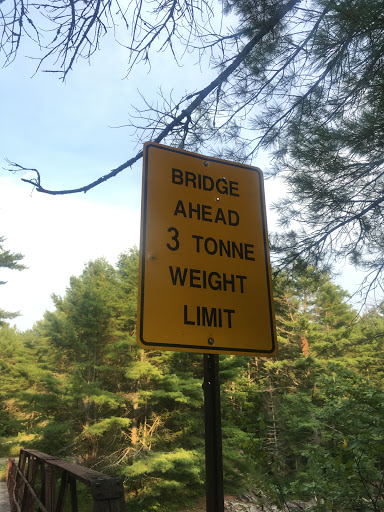