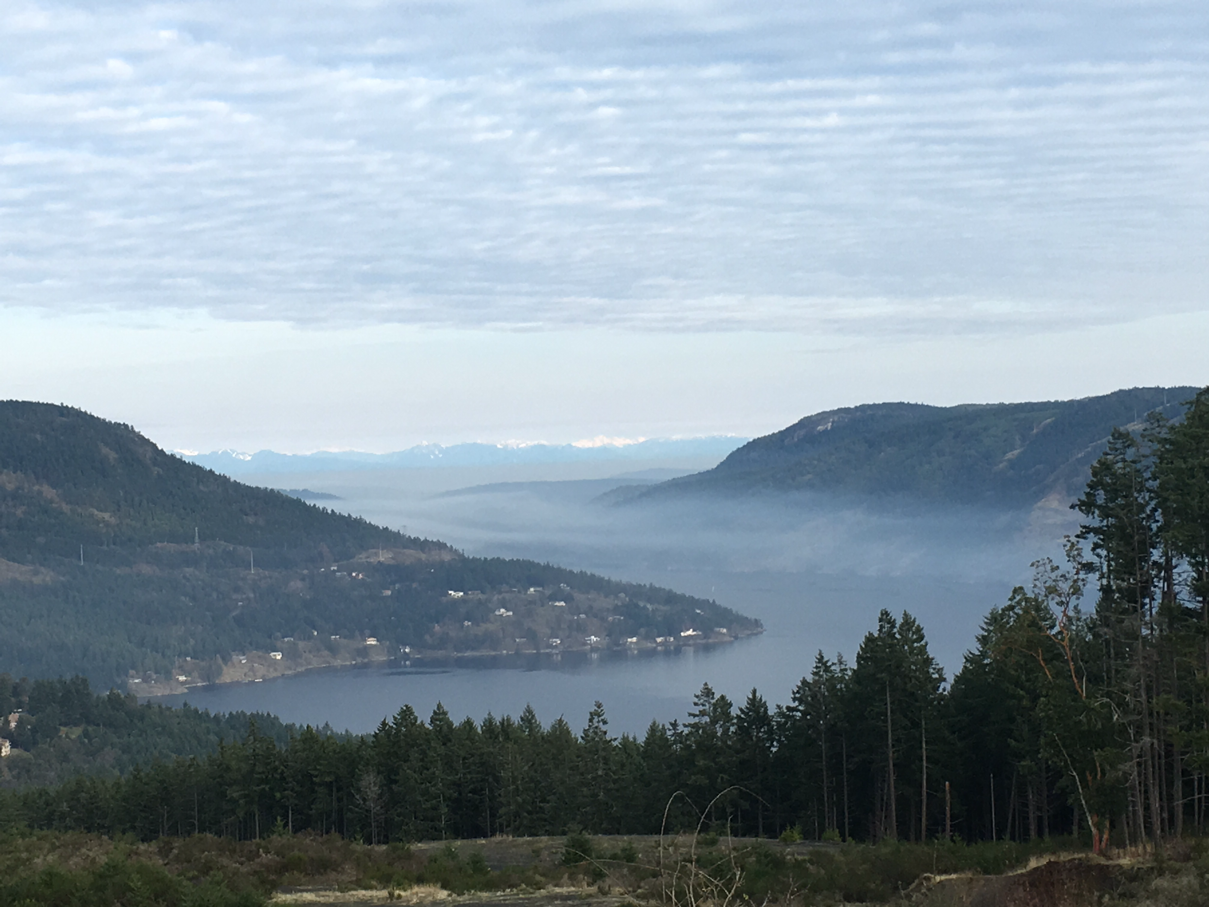 Gatineau National Park
This place is amazing! We spent a lot of time here at different spots in the park. First of all this park is huge! And we had no idea how big or how awesome it was until we had stopped at a few different spots within the park boundary. Our favourites were Chutes de Luskville, Pink Lake and Wilson Carbide Ruins.  Because we didn’t really know the area well we didn’t know to park in the closest parking lots to these places. Luckily there were connecting trails throughout the park and we definitely plan to go back every time we are in the area.

Lake Leamy Gatineau, Quebec
This was another accidental find. We were actually just dropping off my son and made a wrong turn and discovered this awesome place. The first trail we found took us around the lake and then we found a longer trail that led us back to Ontario to the Rideau Canal.

Montmorency Falls, near Quebec City
We saw the falls from the highway and decided to stop. We ended up spending the entire day and night. First we followed a shorter trail at the bottom of the falls but we could see a trail that appeared to be blocked be below. We ended up walking through the nearby village up to the top of the falls where we found a longer trail that took us over the falls and through fields. By the time we hiked back to the bus the dogs were done.

Gaspé National Park, Gaspé Peninsula, Quebec
We would love to come back in other seasons and explore for longer! The trails here are awesome with stunning views! We only spend two days hiking but easily could have stayed in this area for over a week!

Miguasha National Park, Quebec
Although there are trails here and we were on them, we had more fun and a longer hike along the beach. The beach was interesting in that there were fossils to be found everywhere in the small space between the water and the cliff walls. Maybe it was that we had just come from the museum and had learned about all different types of fossils and were recognizing the deaf fossils that we generally ignore. But we had a great day and if you are in the area I would definitely check this place out!

I feel like I am short changing the trails in Quebec. The truth is we went for amazing hikes every single day we were there either along the beaches or on trails  (whose names I can’t remember). There were so many places to explore and a new adventure around every corner. We noticed that the people who live in Quebec seem to value outdoor activities and there were so many trails available to choose from.

Grand Falls, New Brunswick
We stopped to see the falls and found a trail to follow. It took us across a bridge and down into a park. It was a nice way to spend a few hours.

Fundy National Park, New Brunswick
This entire area was filled with places to hike but inside the park there are over 100km of trails! Again we only spent a day here but could easily go back for a week of fun!

Hope well Rocks, New Brunswick
There are several trails along the cliffs edge which we checked out at high tide but the most fun was had at low tide. We went down to the ocean floor and spent the entire day hiking, exploring and taking as many pictures as we could!

Irishtown Nature Park, Moncton, New Brunswick
This was another accidental find that turned into a day hike. We had some mechanical trouble with the bus and needed to find a good place to take the dogs for the day. We left the bus with a mechanic and started walking in the direction of some far off trees. Surprise! A trail system! This place was interesting, it had a main trail that we took to the end and then on the way back we explored a few of the smaller loop trails that through a dense forest.

Kouchibouguac National Park, New Brunswick
This place had several shorter hiking trails and we explored most of them.

Middle Island Historical Park, New Brunswick
This small island had a trail that followed the perimeter with a few intersecting trails. You could probably walk it in an hour but because we were stopping to read everything and letting the dogs swim we were there longer.

Confederation Trail, PEI
There are almost 500km of trail in PEI unfortunately it rained almost everyday we were there and other than two day hikes at different points along the trail as well as a beach walk, that was all we had the chance to do.

Cape D’Or, Nova Scotia
This isn’t an actual trail but an amazing spot to hike for hours in either direction on the ocean floor (in low tide).

Cape Breton, Nova Scotia
The weather wasn’t very co-operative and although there are amazing trail (that I will go back and explore) we only had the chance to stop and do a few shorter loop trails along the way.
We stopped at MacImtosh Brook but I couldn’t tell you the other two places we stopped and found trails.

Portage La Prairie, Alberta
We stopped at a rest area just out of town and discovered a trail that followed a river. I have no idea how far the trail actually goes as we only  hiked maybe 45 minutes before turning around. It was a beautiful spot and close enough to the TransCanada highway that we will make a point of stopping on our way back.

Bow Valley Provincial Park, Alberta
This wasn’t a trail but an old deserted, gravel road that led us to a stream. We followed it for about an hour before turning around but had we continued it looked to go up the into the mountains.

Lake Louise, Alberta
We stopped to do the touristy thing and really enjoyed the short trail here.

Revelstoke National Park, BC
It sounds silly to include this short 1km boardwalk as a hike but this place is awesome! The boardwalk leads through an ancient cedar forest. Even though this is a short walk it made me feel like I was on a remote place far away from people.

Lac La Jeune Provincial Park, BC
We arrived in the off season and basically just hiked through this huge park.

Mill Lake Park, Abbotsford, BC
This is another really short trail around a lake but I’m including it because it is within the city limits yet seemed serene and it would be easy to enjoy hiking a second loop around.

Maple Mountain Trail, BC
We found this trail while taking the dogs for a walk. It was a goldmine find! The trail goes straight up into dense forest and branches out to several different trails. We have since learned of two other trailheads for the same mountain but have yet to cover all of the trails here.

Genoa Bay Rd, BC
This is just a quiet road that roughly follows the water at times taking you through fields and close to the bottom of a cliffs edge. From where we were parked it turned into a 20km day.

Mount Tzouhalem Ecological Reserve, BC
This is another nearby mountain with multiple trails heading to the top. So far we have taken two different routes up but know there are several more to discover.

Cowichan Valley Trail, BC
This is part to the TransCanada Trail and although there are spectacular section of this trail we have only been on a day hike that took us through a fairly flat section (old rail trail). We will go back soon and continue where we left off.

It’s amazon how many places we have hiked this year!